FRONTROOMTHEATRE.CO.UK
We are delighted to announce that our production of A Christmas Carol, with its accompanying participatory project, is being supported using funding from the National Lottery through Arts Council England. The Move Up Group at the Rising Sun Arts Centre have been busy making decorations over several weeks which our artistic director has worked hard with actor and musician Nicole Monique Johnson to display at the Reading International Solidarity Centre to create an art installation which presents the sights, smells and sounds of Christmas. The installation can be accessed through the back entrance of RISC, (Reading International Solidarity Centre) and is free of charge.  You may donate if you like here: paypal.me/frontroomtheatre 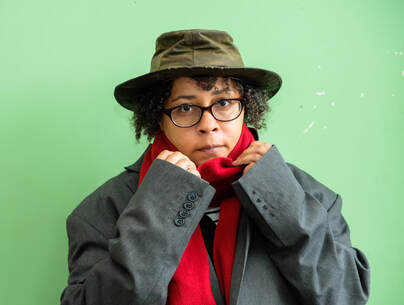 ​Nicole Monique Johnson is originally from Los Angeles, California where as a young adult, she also enjoyed a brief albeit exciting career in film and television.  This pint-sized singer-by-trade was hired for her voice and stature from the sound stages of Manhattan Beach studios and the likes of Sunset and Gower to the night clubs of North and West Hollywood.  She came to Reading UK to study English Literature where she continued to perform in Jazz, Cabaret, and Murder Mysteries throughout the UK and France before being scooped up by a touring Elvis Presley show where she worked for 8 years until the birth of her third son.  Since then, Nicole has worked in panto, run and performed a monthly musical cabaret, “Tuesday Night Music Club” for 3 years, written and performed 3 original shows: “Foreign American”; “Before We Go Dark”; and “The Stories Your Mother Will Tell You”. “A Christmas Carol” is Nicole’s second production with Front Room Theatre. 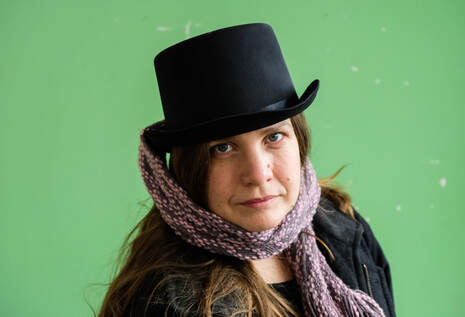 Natalie Wilcox - Actor-Musician (Scrooge,  musician and the other roles)
​
Natalie trained as an actor at Mountview Academy of Theatre Arts and has recently also finished a degree in French. She enjoys improvisation, writing music and storytelling. She has had a lot of fun running workshops on A Christmas Carol with the community in Reading. Her favourite jobs as an actor include BBC's 'Doctors', and Fort Mark Films' 'Black Swan Song'. Delighted to be able to work with a larger team than usual thanks to funding from Arts Council England, she is very grateful for the opportunity to share her love for storytelling with the local community and beyond.
Jeremy Stockwell - Director

Jeremy has directed and devised productions for the National, BAC, and RADA. Recent acting credits include Ken Campbell, in KEN, with Terry Johnson at Hampstead, Spike Milligan, in A Sockful of Custard, with Chris Larner, at The Pleasance - Edinburgh Fringe, and Vladimir in Waiting for Godot, with Clown Tweedy, at the Cheltenham Everyman. His radio series How to Burn a Million Quid can currently be heard on BBC Sounds. TV work includes impressions on Spitting Image, and acting coach on Strictly. He plays the lead role in the award-winning short film The Overcoat, on UK release next year. www.jeremystockwell.co.uk

Anna Lavender graduated from Guildhall School of Music and Drama with a degree in Stage Management in 2018. Since then she has worked across Opera Festivals including Wexford and Garsington, immersive productions for Punchdrunk, and New Writing at The Edinburgh and Vault Festivals. She has a passion for working across a wide range of styles and scales of productions, and is always looking to get involved in exciting and innovative projects.

Eli Taryn - Assistant Stage Manager and Volunteer
​
Eli Taryn has had a blast working on this production. It has been a perfect blend of cast and crew teamwork and a great distraction from writing his dissertation  Eli enjoys acting, scriptwriting and all forms of storytelling. As a final year art student, most of his experience in theatre has been through volunteering and he’s loved every moment of it.