Cast and Crew - A Christmas Carol

Jim is an experienced stage manager having worked for several companies in his home town, Birmingham and in Manchester. For Front Room Theatre, Jim has worked on Lie Back and Think of America in workshop performances, a run at the Edinburgh Festival Fringe, a performance at the Tristan Bates Theatre and on tour to universities, arts centres, schools and theatres. He also stage managed Maya and Natalie's Marvellous Mishmash of Musicals. Jim also had experience working in the fields of research and archiving in video libraries before working for Front Room Theatre. 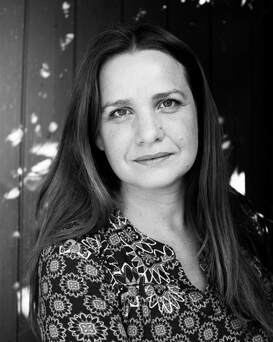 Scrooge, Bob Cratchit, Martha Cratchit, Mrs Cratchit, Tiny Tim, Monstrous Chin Man, Man with Snuff, Man with cold, door knocker, Fan, Caroline, Caroline's Husband, Belle, Belle's husband, Belle's daughter, two little Cratchits, passerby, the Ghost of Christmas Past, the Ghost of Christmas Present, Lady selling bed curtains, Joe, charity lady, ten party guests, plump niece, Fezziwig, boy Scrooge, boy in street. Previously for Front Room Theatre Natalie performed 'Lie Back and Think of America' and ‘Maya and Natalie's Marvellous Mishmash of Musicals’. Natalie would like to own a cat and stand under a waterfall (but not with said cat). So far, she has experienced standing under something resembling a waterfall at Waterfront Leisure Centre and would love to see the real thing. She would also like to be a gypsy and travel around in a caravan or to be a C of E nun, but would settle for a tour in a barge and a role in ‘The Sound of Music’. When God closes a door….  While she is described here as an ‘actor’…she prefers the title ‘person’. She has worked a lot as an actor and actor/musician and her favourite jobs  have been for the BBC, Channel 4, Fort Mark Films and Shared Experience.

This is Natalie's third show as a professional producer, her second full length play as writer, and her first adaptation, her previous play being an original piece of work.  Before training professionally, Natalie also produced two variety shows and the musical 'Little Shop of Horrors' in the small village of Wilnecote..... which most people seem to know about through the service station on the M42.....She also choreographed and produced as part of her GCSE Expressive Arts and A-level Performing Arts courses. Natalie also enjoys languages and speaks numerous languages to varying levels!